Teledyne DALSA designs and manufactures CCD and CMOS image sensors and X-Ray detectors, the most fundamental components of digital imaging devices. During more than 30 years of research and development of professional imaging Teledyne DALSA has created dozens of patents in the design and fabrication of CCD and CMOS image sensors allowing them to offer the most innovative and best performing products on the market.

In the last 10 years Teledyne DALSA focuses on X-Ray detectors for life sciences and industrial applications, where it became a market leader in CMOS flat detectors. The sixth-generation CMOS technology of TeledyneDALSA offers huge benefits in the chosen markets and outperforms by far the competing technologies and their CMOS competition. The company’s CMOS X-Ray detectors are radiation hard, have wide dynamic range, high resolution and unbeatable image quality at much lower dose. Assuring excellent image quality at much lower X-Ray dose is extremely beneficial for the patients and for the medical staff. To manufacture their advanced detectors and to assure high quality and lifetime of their products, Teledyne DALSA has build the most advanced fully automated clean room facility in the industry. Proprietary technology and equipment is used to butt wafer-scale tiles together in a large size X-ray detector with boundaries as small as one or two pixels, and to align these tiles for optimum flatness to extremely tight tolerances. Easter Island statues reveal their secret—with help from a satellite The massive stone statues of Easter Island—called Rapu Nui by its inhabitants—have mystified us ever since Europeans first landed on the island in 1722. By then, the story of the 887 statues—or Moai in the Rapa Nui language—had been lost from the collective memory of the Rapu Nui people. Teledyne DALSA, a Teledyne Technologies company and global leader in image sensing technology, will demonstrate its Wafer-Level-Packaged (WLP) 320 x 240 Vanadium Oxide microbolometer at the upcoming Defence & Security Equipment International Show (DSEI) UK in booth S10-268. In addition, the company will display its real time LWIR-Visible image fusion OEM sub-system, which is configured from the Calibir™ Camera and Core platform. A live feed from the show floor will provide visitors with an opportunity to observe real-time image fusion from the Teledyne booth.

How a new generation of machines will ‘see’ like humans

Much has been written and discussed about the merging of the physical, digital and biological worlds with machines.

Artificial intelligence has become a catch-all description for replicating something inherently human and embedding it in man-made systems that can perhaps function better, if not at least more efficiently, than our bodies and brains. Read more [Source: weforum.org] Introducing Linea, a CMOS line scan camera that can help you improve your imaging and lower your costs. Linea starts with an advanced CMOS sensor with high quantum efficiency and low noise for better images. Linea is also packed with advanced features to make your machine vision job almost effortless, and backed by a three-year warranty to give you peace of mind. 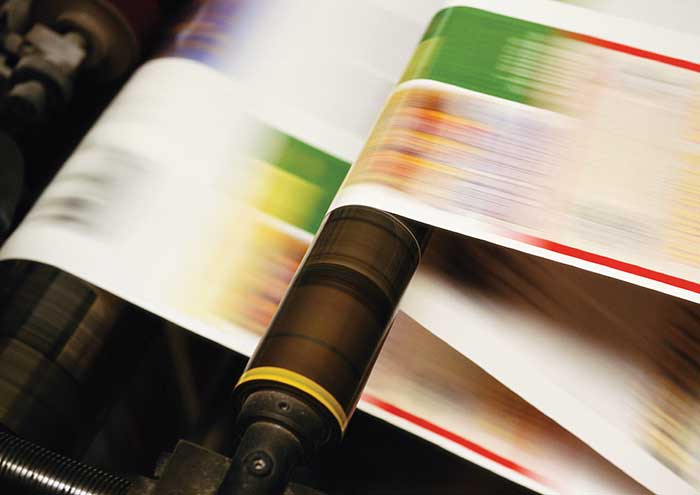 Materials manufactured in a continuous roll or sheet, such as paper, textiles, film, foil, plastics, metals, glass or coatings, are most effectively inspected using machine vision line scan systems. These systems are designed to detect and identify defects in webs or objects moving at high speed. Line scan systems enable a complete surface inspection by building a continuous image, one row of pixels at a time, in the direction of the web’s motion. Image capture continues as long as the camera and web are operating. In addition to the unlimited pixels enabled by continuous motion, line scan imaging delivers crisp, smear-free images at high speeds, with higher dynamic range, greater processing efficiency and a much lower cost per pixel than traditional area scan systems. Lees meer [Bron: photonics.com] Teledyne DALSA, a Teledyne Technologies company and global leader in image sensing technology, has for the first time, released its proven and best performing image sensors for sale

For more than 35 years, Teledyne DALSA has designed and manufactured the machine vision industry’s best-in-class line-scan image sensors. Positioned at the heart of the company’s industry-leading and highest value line scan cameras, this class of sensors enables fast, high resolution monochrome, color, and near-infrared (NIR) imaging for document scanning, parcel sorting, glass, and wood inspection among countless other of the most challenging  quality applications.

Teledyne DALSA, a Teledyne Technologies company and global leader in image sensing technology, today launched its Calibir GX series of long wave infrared (LWIR) cameras for industrial vision applications. Built to achieve frame rates of up to 90 fps, the shutterless and small form-factor GX series are ideal for non-destructive testing in applications that include food inspection, parts and packaging, and electronics inspection. A simple eye exam can reveal a lot about your health, helping doctors diagnose existing conditions or to spot indicators before there’s even a problem. Dr. Kostadinka Bizheva is advancing medical care by bringing high resolution imaging technology to Optical Coherence Tomography (OCT). At her research clinic at the University of Waterloo, she and her team are researching how to take OCT beyond detecting common eye diseases like glaucoma and macular degeneration. Teledyne DALSA has partnered with the University of Arizona in the development of three high resolution image detectors that will serve as “retinas” for the OSIRIS-REx mission to Bennu, scheduled for launch Thursday, September 8. Smart Vision Lights, a designer and manufacturer of high-brightness LED lights for industrial applications, announced that its camera-to-light (CTL) series of cables are now available for cameras made by Teledyne DALSA and other original equipment manufacturers.

TurboDrive is a mode of operation used to push past the gigabit Ethernet speed ceiling, allowing a GigE Vision cameras to send pixel information at a rate in excess of 125 MB/s and speeding up line and frame rates beyond the nominal link capacity.

Unsure about the difference between CCD and CMOS? Which is better? Learn more! Much has been written about the relative advantages of CMOS versus CCD imagers. It seems that the debate has continued on for as long as most people can remember with no definitive conclusion in sight. It is not surprising that a definitive answer is elusive, since the topic is not static.

The telecom industry has relied on fiber optic cabling for years because of the tremendous bandwidth and distances it allows. With the rise of fiber for home and local area networking, fiber cables and connectors have made huge advances in robustness, flexibility, convenience and affordability. To help resolve questions about fiber optics for machine vision, we present this Fact and Fiction summary.

Shelton Vision, out of Kibworth, Leicestershire, UK has developed an automatic textile inspection system for fabric. In addition to ensuring maximum profits from each batch of fabric produced, the system is able to provide relevant data to enable improvements in the production process. Determining what type of vision system is right for your application begins with the application itself. Read more [Source: qualitymag.com]

Often taken for granted, analog to digital conversion is a crucial step in imaging Often taken for granted, analog to digital conversion is a crucial step in imaging

In the last few years, CMOS image sensors have displaced CCDs from the majority of consumer and industrial image capture applications. The success of CMOS has been driven in part by its potential to allow more functionality on the chip than was practical with CCDs.

A First Blueprint for Machine Vision: Look, Record, then Perfect Machine vision (also called “industrial vision” or “vision systems”) is the use of digital sensors (wrapped in cameras with specialized optics) that are connected to processing hardware and software algorithms to visually inspect…pretty much anything.

“Our customers didn’t ask for vision systems,” says Martin Taube, Global Product Manager of Inspection Systems at Bizerba, “but they are under more pressure than ever to produce perfect products as a result of tighter regulations and higher standards. Adding vision was the way to give them what they needed.”

Teledyne DALSA announced today at The Vision Show, that its TurboDrive technology was awarded GOLD by the judges of the annual Vision Systems Design Innovators Awards program. The judging panel consists of esteemed experts from system integrator and end-user companies. Multispectral Imaging and the Mona Lisa Mona Lisa’s smile has mesmerized the world for centuries. Her beguiling expression and mysterious identity has lead to much speculation and analysis. More recent analysis, carried out by French scientist Pascal Cotte over a 10 year period, uncovered an interesting discovery: a hidden painting underneath. Teledyne DALSA announced the introduction of its Genie Nano series of affordable, easy-to-use GigE Vision® cameras. The series combines industry-leading CMOS image sensors, including the Sony Pregius and On Semiconductor’s Python, with a fully optimized camera platform to deliver high frame rates and powerful features in a small, robust body.

Teledyne DALSA announced the availability of its Camera Link HS™-compatible Piranha XL CMOS TDI line scan cameras and Xtium CLHS frame grabbers, signaling the introduction of one of the most powerful product combinations in the industry to take advantage of the AIA’s Camera Link HS interface standard. Andrey Lomako talks about the advanced capabilities of CMOS digital x-ray detectors and how those advantages are bringing new imaging modalities to light.

Teledyne DALSA announced the expansion of its Linea family of low-cost, high-value line scan cameras with new 2k and 4k GigE Vision models. Compact and feature-rich, Linea cameras deliver high speed and flexibility, and help lower the cost of inspection for an ever-widening array of applications.

The Rad-icon 3030 detector features 3096 x 3100 pixel resolution, an active area of 30.6 x 30.7 cm, and 99 micron pixel size. Rad-icon detectors deliver real-time frame rates of up to 30 fps, high sensitivity, and superb resolution in a large area device that is fully integrated and available with a fast, reliable Gigabit Ethernet or Camera Link interface.